Moki is a differently-abled cat who has been sharing his story online since July of 2007. It all began when Moki got sick and developed a mysterious neurological disorder. In an attempt to find others like himself Moki signed up for Catster. After spending nearly a year on Catster, making several new friends, and realizing that there was little information published on the internet about differently-abled animals, Moki was inspired to document his story online by starting his first blog. He signed up for Youtube a day later and was one of the first kitties to document small animal physical rehabilitation on Youtube.

Since 2007 Moki has helped to educate the public about differently-abled pets and how small animal physical rehabilitation and veterinary acupuncture can help them. In 2012 Moki teamed up with Scout’s Animal Rehab Therapy Fund the first non-profit in the U.S. dedicated solely to underwriting the cost of small animal physical rehabilitation for animals who otherwise may not be able to afford it.  He was also featured on Animal Planet’s “Must Love Cats,” season 2 in March of this year.

Mini Munch, her brother Orange Boy, and their adoptive sibling Little Kitty, have been long term companions to Moki. Mini Munch and her brother are a year older than Moki and have known him his whole life, both before he got sick, and after. Mini Munch is not only Moki’s adoptive sister but also his best friend and teacher. Mini Munch was adopted from a kill shelter back in 2006 thanks to the smart thinking of her brother.

When Mom C and her ex-boyfriend split up all of the kitties went to live with Mom C. Orange Boy was not happy in Mom C’s new home however so he went back to live with Mom C’s ex-boyfriend who missed him dearly. Despite living in two separate homes however, Orange Boy and Moki, who were very close as kittens, continue to remain friends to this day. 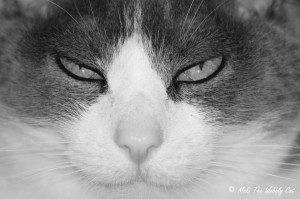 Little Kitty is the oldest of the bunch. For this reason she is sometimes referred to as Grandma cat. Like Moki, Little Kitty is also a differently-abled cat. The bones in her right front leg are twist, her paw is permanently bent and she is unable to use the claws in her right front paw. Little Kitty doesn’t let this stop her however. She is as stubborn as they come. Despite being 15 years old, she acts like a cat half her age and isn’t afraid to let the youngins know who is boss. 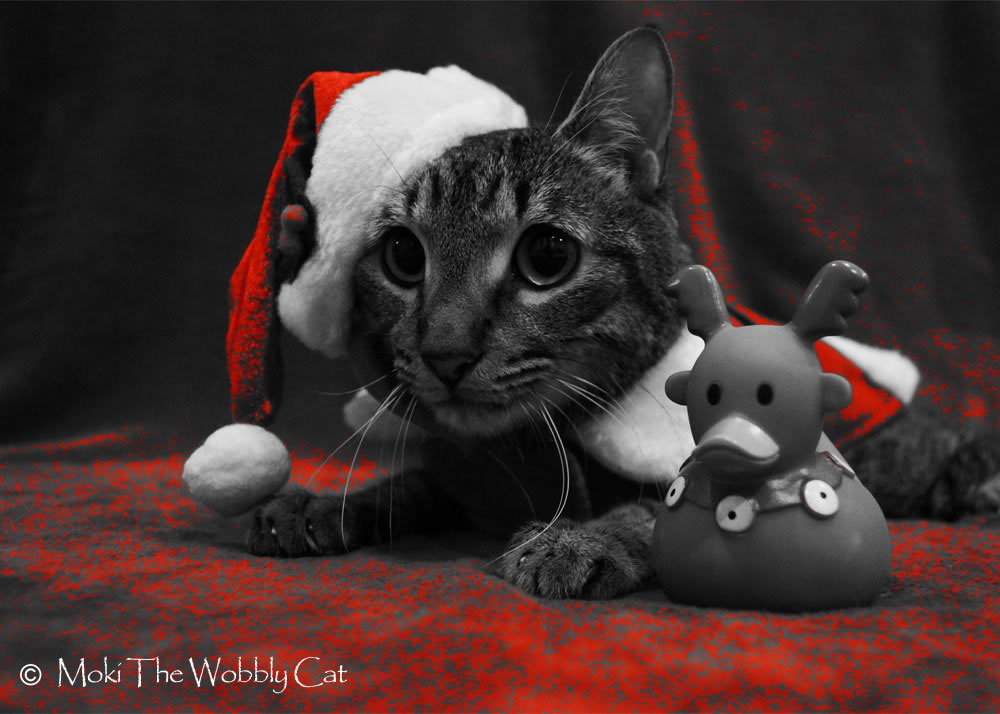 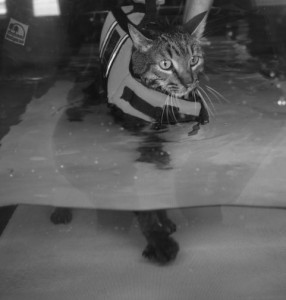